‍A landmark ruling by Dubai Courts deciding that floating villas are real estate properties and not ships in terms of the UAE Maritime Code.

On 30 December 2015, our client entered into sale purchase agreements (SPA) with one of the renowned developers in Dubai, (Developer/Defendant) for the purchase of two floating villas at the iconic World Islands project in Dubai, for a consideration of AED 12 million out of which our client has paid 80%. As per the SPA, the project was to be completed by 1 March 2017, however until the end of 2019, the project was still not completed, and possession of the villas were not delivered to our client.

Following unsuccessful attempts to resolve the matter amicably with developer, our client decided to file a case before the Dubai Court to terminate the SPA and for the developer to refund the paid amount along with the interest.

Motei & Associates(M&A) was retained to represent the client in his dispute against the developer.

The developer primarily argued that the case is not maintainable and cannot be heard before the Dubai Real Estate Court as it pertains to floating villas which are deemed ships and are not subject to trail before the Real Estate Court. It further argued that it was because of Force Majeure events that caused delay in completion of the Floating villas project. These delays were on account of several factors. First, since the project was the first of its kind in the UAE and the Middle East at the time, the main developer delayed in issuing the No Objection Certificate (NOC) for the construction of this project. Second, the government agencies also delayed in issuing the necessary licenses. Third, the project is built on an island at sea, therefore weather fluctuations stopped the project at various intervals, as such the marine tankers were unable to transport the labourers and materials to the project site. Especially since this event is a natural event, it falls under the Force Majeure clause of the SPA. Fourth and final, the project was not registered with the Dubai Land Department (DLD), because floating villas are ships and not real estate properties.

We argued that the villa is neither a ship nor a boat, according to UAE Maritime Laws, since floating villas cannot sail by themselves, they cannot be termed as ‘ships’, thus, in terms of the applicable UAE Real Estate laws, floating villas or boathouses are deemed real estate properties. We also argued that there was no case of Force Majeure as argued by the Defendant. There is a legal obligation of the developer, before starting the project or selling units, to obtain the NOCs and all the necessary licenses, whether it is from the main developer or from government agencies, so the delays occurred as a result of its own mistakes. Thereafter, the delays accruing to weather fluctuations, as claimed by the Defendant are not unexpected accidents, and it should have taken them into consideration prior to determining the date of completion.

The Court found for our client and ordered the termination of the SPA and the Developer to refund the paid amount of (AED7,400,000/-) plus 5% interest as of the date of filling the case until full payment of said compensation is discharged, along with entire litigation fee.

Nullity of The Real Estate's SPAs for Not Being Registered in DLD
A landmark ruling by Dubai Courts nullifying the Sale and Purchase Agreement (SPA) of 30 units which are not registered with the Dubai Lands Department (DLD) in terms of the Law no. 13 of 2008 ie Regulating Initial Property Registration in the Emirate of Dubai.
read More > > >

Dubai Court Ordered Developer to Compensate
On delivery of the apartment, Plaintiff noticed that the size of the apartment is less by 8.4%, the garden by 33.25% and the terrace by 32% of the agreed areas in the SPA.
read More > > > 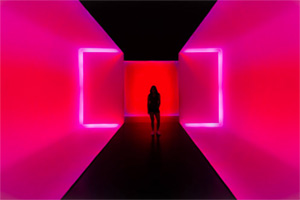 Ratification of a DIAC Award for a Fundamental Breach Overruled
Motei & Associates was instructed by the Respondent in recent legal proceedings between two parties (details for which must remain confidential) before the Dubai Courts in relation to the ratification of an arbitral award issued by the Dubai International Arbitration Centre (DIAC).
read More > > >
SEE ALL INSIGHTSsubscribe to our latest insights
Thanks, got it!
Something went wrong, please try again.